Today I bicycled 100 miles. It’s the first time I’ve done that since 1996 – 18 years ago. After being diagnosed with cardiovascular disease, I had convinced myself that I would never do a century again. But over 2 years ago, I started listening to the nutritional advice of Caldwell B. Esselstyn, Dean Ornish, John McDougall, T. Colin Campbell, Jeff Novick, and others with a similar message. With their advice, I lost a ton of weight and my lab values normalized. I no longer have chest pains or shortness of breath, something I had even after earlier conventional treatment.

After my 60th birthday in October, I began to think a century ride might be possible. 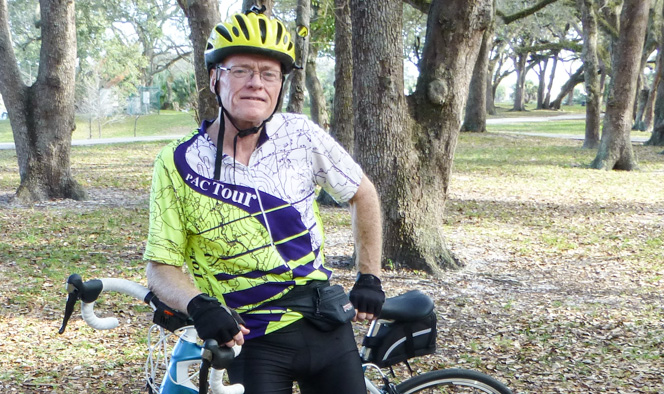 I did the two mile loop inside Topeekeegee Yugnee Park about 50 times. I chose that place because I could park in the shade, ride partially in the shade, have easy access to the Roadtrek for breaks, and not be surrounded by fast moving traffic.

I chose Monday because I thought there would be less traffic on the bike and walking trail than the weekend. I took the park road where possible, but there’s a good portion of the loop where only the bike and walk trail is available.

For the first 50 miles I maintained a 15.7 mph average. To do that I had to go 18 to 19 mph on the road, because I had to slow down considerably for all the people on the trail. That’s just an observation, not a complaint. 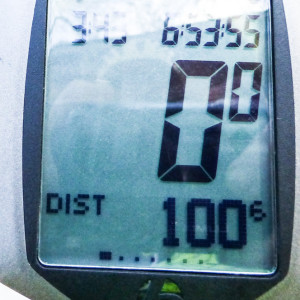 After 50 miles, my average starting slowly declining as my muscles became fatigued. I ended up with at 14.7 mph average, in spite of my efforts to maintain 15.

At about 78 miles some muscle misery set in, but there was no shortness of breath or chest pain during the ride. When I resumed riding after the 90 mile break I was smiling again – maybe because I knew I would finish.